‘To new beginnings,’ a chat with Andrei Nevskii about Russia’s ban on alcohol advertising

For the third installment of the guest blog Talking Alcohol Advertising EUCAM president Wim van Dalen sat down with Andrei Nevskii of the Drug Abuse Prevention Center in St. Petersburg, to talk about the recent ban on alcohol marketing in Russia.

Wim van Dalen: ‘Tell us a little about the recent legislative changes that effectively ban alcohol marketing. How comprehensive is this ban and how did it come in effect?’

Andrei Nevskii: ‘As is commonly known, the Russian Federation is coping with serious alcohol abuse problems. Because of this, the Russian government has formulated policy measures that are supposed to cut Russian alcohol consumption in half by 2020. One of these measures is the widespread prohibition of alcohol marketing. Since last July outdoor marketing is only allowed in “stationary retail outlets offering retail sales of alcohol beverages”. Also into effect came a comprehensive ban on televised alcohol advertisements. At the same time a ban on online alcohol advertising also went into effect. Furthermore, advertising of alcohol in print media is going to be banned on January 1, 2013.”

Van Dalen: ‘To our knowledge Russia is the first country to introduce a ban on alcohol advertising on the internet. What exactly does this law entail?’

Nevskii: ‘Advertising of alcoholic beverages is a law violation, not only on the websites that are registered in the Russian domain zone, but also in the areas. com,. org,. net and others, if sites are Russian-lingual.’

Van Dalen: ’An important part of making regulations effective is having a strong regulatory framework. One pillar of effective enforcement of regulations is the adequate penalization. What is the penalty for violating the ban on online alcohol marketing?’

Van Dalen: ‘Another important measure to increase the effect of regulations is systematic monitoring of alcohol advertising, searching for violations of the law. How is this arranged in the new law?’

Nevskii: ‘In the new addition to the Law “On Advertising” (of 13.03.2006 N 38-FZ), the Federal Antimonopoly Service is responsible for the enforcement. It states that: “The basis for the verification of compliance with the law can be … addresses and statements of citizens, legal persons, information from government bodies, local authorities, the media…”

Van Dalen: ‘So , there is no systematic monitoring in place? Basically, checking if alcohol producers and advertising companies are complying with the law is dependent on citizen initiatives?’

Nevskii: ‘That’s right, this will probably come down to lawyers from the sobriety movement, consumer protection groups and maybe youth NGOs.’

Van Dalen: ‘Do you know of any examples of violations?’

Van Dalen: ‘I imagine the bans are not received well by the alcohol and advertising industry. How are they reacting?’

Nevskii: ‘Indeed they describe the new measures as very painful. The share of alcohol advertising accounts for about 4% in the advertising revenue of central newspapers and magazines. While, the loss of the Russian Internet due to alcohol advertising ban can be estimated at 200 million USD. So media managers are looking for law evasion and point out some ways:
– Creation of alcohol brand communities in Facebook or Livejournal for registered participants.
– Bloggers reviews (Blogs are not Mass Media according to Russian legislation).
– SMS, MMS, e-mailing.
– Ads in applications for iPhone and Android devices
– In party reports (as a picture, and in guests citations)
Also, websites of manufacturers or alcohol retailers do not fall under the concept of advertising. So there is still lots of room for the alcohol industry to cause harm through marketing. While, the new laws are a good beginning, they are just that: the beginnings of comprehensively tackling Russia’s culture of alcohol abuse. 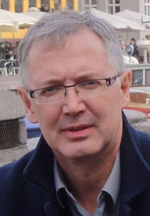