“World’s strongest’ beer with 32% strength launched”, was read by visitors of the BBC News website in 2009 (“Strongest Beer,” 2009). A year later, they would read that the same Scottish brewery had once again claimed the title of the ‘world’s strongest beer’ with the release of a new beer having an astounding 41% alcohol content (“Bismarck,” 2010).

Proceeding both news reports in 2009 and 2010, British health NGOs reacted critically, calling the product an example of irresponsible brewing and marketing (“Bismarck,” 2010; Strongest Beer,” 2009). It would appear that there is just cause for such reactions: in 2010 British research by a charity organization for homeless people suggested that alcohol with high levels of alcohol content kills more homeless people than crack or heroin (Doward, 2010). Two years later, ratebeer.com advertised the top 50 strongest beers in the world, ranging from 18.2% to 57.7% alcohol content by listing them on their website (“50 Strongest,” 2012).

It seems that brewers internationally are in a race to create the strongest beverage and because of this several important questions must be addressed. First, is this about a trend in catering to consumers or is this an irresponsible marketing ploy to garner attention for the breweries with the highest percentage of alcohol in their beverage? Secondly, are these super-strong beers novelty items for highend beer collectors or are they simply intended to provide a high amount of alcohol to consumers at an inexpensive price? And finally, is beer with high levels of alcohol content available and prevalent throughout Europe?

Because there are few, if any, scientific studies to answer these questions, EUCAM took on the responsibility of producing the first explorative and non-representative overview of strong beers in Europe. 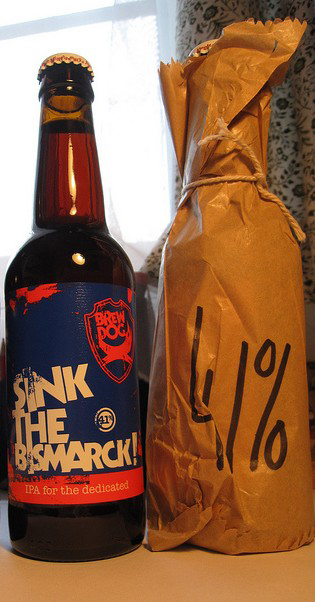