Members of the Irish parliament as well as Senators recently came together to ask critical questions to alcohol industry representatives about the role that marketing plays in alcohol consumption amongst young people. The politicians were all part of the Joint Oireachtas Committee on Health & Children, which convened only shortly after the publication of a Health Research Board report on alcohol consumption trends in Ireland. Since this report showed a 150% rise in teenage drinking problems, the national debate on alcohol marketing has gathered steam.

Among the institutions that have had to account for their actions were the Alcohol Beverage Federation of Ireland (ABFI), the Advertising Standards Authority of Ireland (ASAI), the Alcohol Marketing Communications Board (AMCB) as well as leading advertising agencies Rothco and Irish International (creatively responsible for respectively Heineken and Diageo on a national level).

Another reason why the topic of alcohol marketing has been getting more attention recently is the shortly planned publication of the report of the National Substance Misuse Strategy. Presumably the report will recommend the banning of outdoor advertising by drinks companies, extended watersheds in TV advertising and more restrictions in press advertising. It will also recommend a ban on sponsorship by drinks companies by 2016. 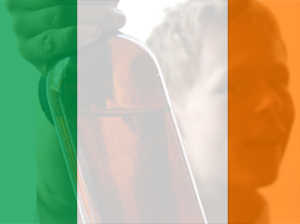