Lithuanian government to vote on 2012 ban on alcohol advertising

Last Thursday the Lithuanian government, the Seimas, debated on whether or not to persist in the plans to implement a law banning all forms of alcohol advertising by January 2012. The stake in the discussion was primarily the implementation of amendments to the legislation which would weaken the proposed protective measures against alcohol advertising.

After the debate, the law was supported by 55 MPs to 35, with 13 abstentions. The Seimas will have to vote on the law amendments again next Thursday.

The law will be valid only when signed by the president. If the amendments are adopted, alcohol advertising will continue to be strictly limited, but not banned.

Over the last year the discussion around the proposed 2012 ban has heated up as alcohol producers have started a lobby to counteract the ban. For more information on the situation in Lithuania see our [link=http://www.eucam.info/eucam/home/news.html/1881/1241/industry-declares-war-on-proposed-alcohol-advertising-ban-in-lithuania#p1881]earlier news article from last June[/link]. 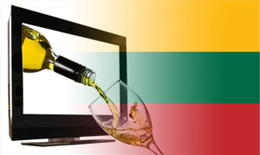