Dutch brewer Heineken has been confirmed as the exclusive ‘lager supplier’ and sponsor of the 2012 Olympic Games in London.

As part of the deal, Heineken will be the branded lager served at the Olympic Games. Heineken UK will have exclusive pouring rights for its portfolio of beer and cider brands at all Olympic venues where alcohol is served.
The deal is rumored to be worth around £10m, which brings the
London Organising Committee of the Olympic Games closer to its target of raising £2bn from sponsorship.

According to Alexis Nasard, the chief commercial officer of Heineken the agreement offers a ‘wonderful platform for the promotion of responsible drinking’. He went on to explain: ‘There are no bigger, global or more spectacular events than the Olympic Games and Paralympic Games. We selected this opportunity as it fully reflects Heineken’s global brand position.’ Nasard also promises to utilize London 2012 to celebrate with the world in a way that ‘only Heineken can’.

Three years ago the Organising Committee was in talks with Diageo – whose brands include Smirnoff, Guinness, Johnnie Walker and a host of others- to promote responsible drinking. This plan was dropped however, because it was feared that it would attract to much attention.

It is troubling to see that in a nation, with as much alcohol related problems as the UK, and during an event that could very well invoke spectators to aspire a healthy lifestyle, the message to drink responsible is brought by a party who thrives commercially on people drinking as much as possible. 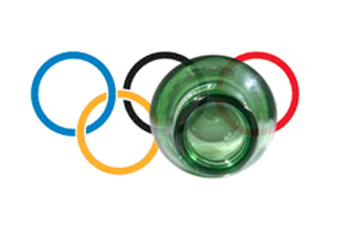