“Alcohol advertising is not totally banned in any European Union country yet. It is purely technically not possible to restrict advertising in all channels. Take for example the Internet, where, about half of the advertising, as estimated by portals located in Estonia, is sold through Google, and such international companies, the jurisdiction of which Estonia might not be able to influence,” Prime Minister Taavi Rõivas was quoted by the Baltic Course.

Riina Raudne of the Foundation Healthy Estonia disagrees with Rõivas. “When we look at how it is done with tobacco advertising, we can see that it has been possible to ban tobacco advertising on the internet. You can still view tobacco products on the manufacturer’s home pages, however, it is not possible to widely advertise it in portals.” Raudne went on to explain that major international online platforms like Facebook and Google can decide to show or not show certain advertisements depending on the laws of the country in question.

When asked what the new government coalition that is being formed, could do about alcohol advertising, Prime Minister Rõivas said that “there is relatively high consensus between parties regarding the alcohol policy and, therefore, it is possible to move forwards constructively with these issues.”  According to Rõivas further restrictions on alcohol advertising may already be discussed this year.

The poll about alcohol advertising, undertaken by market research organization Turuuuringute AS, further showed that 15% of people are against completely banning alcohol advertising; 5% of the respondents did not have a position on this issue.

Reaction from EUCAM
EUCAM acknowledges the sentiment of Estonian Prime Minister Rõivas that implementing a national ban on alcohol advertising in an EU member state is very difficult because of the EUs free trade agreements as well as jurisdiction abroad. In the case of the ban on tobacco advertising this was made possible by the ratification of the Framework Convention on Tobacco Control. In order for alcohol advertising to be completely banned a comparable Framework Convention on Alcohol Control would be very helpful. Otherwise the EU itself has some power to make this possible, as this EUCAM Fact Sheet from 2011 shows, the EU has the competencies to create restrictions on alcohol advertising just like they have done for tobacco, gambling, and prescriptive drugs either on health grounds or on grounds of economic harmonization. 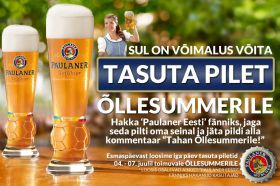